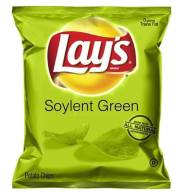 It’s hard to write when you are on a road trip. Harder still when you are camping. But when the mosquitoes and tornadoes come at you, it’s time to hunker down in a hotel with a bottle of wine and a king sized bed and rest up.

Hot shower. It was good. Maybe not as cool as taking a bath in a Minnesota lake by moonlight (with several loons cat-calling from a safe distance), but refreshing and necessary. We did a couple of loads of laundry and cleaned up our car refrigerator and ice chest. As a matter of fact, the dryer is just finishing up the last few pairs of socks.

We drove an extra couple hundred miles so that this break won’t slow down the trip. And since we ate leftovers in the dark, we have last night’s dinner fixings ready for tonight.

All good and well.

This morning I noticed that the “weather” we experienced was actually a catastrophic weather system. We stopped at a hotel in Houghton Lake around 10:30. The desk clerk was cryptic. We had no idea what she meant by “If you don’t have a reservation we don’t have any rooms. I don’t have enough power to run my pumps.”

We went on to Claire. The Days Inn there was pretty dark. Most of the street lights were dark. I found some guys in the meeting room (the front desk was dark and unmanned) who reminded me of the storm chasers in the movie Twister. They had all sorts of portable electronic equipment set up on tables. One of them told me a transformer blew up, that the power was half off all over the county. I told Karen I felt like a storm chaser.

We diverted off to route 10. By the time we go to Midland the lights were back on and things looked normal if deserted – even for midnight. This morning I saw the news about the damage. Two tornadoes. Cars crushed. Roofs torn asunder.

We were fine, traveling in our protected bubble, as usual.

King sized bed, air conditioning, hot shower and a mini fridge. All the luxuries – and a complimentary hot breakfast (with shitty coffee and stale biscuits). Finn passed out hard as soon as the door was closed – he didn’t even get up when I went down to breakfast. There was a news story on in the morning room about a 27 year old guy who created a new meal beverage call Soylent.

I wondered out loud if he knew that in the movie, Soylent Green, it was made of people because there was no food left due to climate change. That film is from 1973. Messages are coming in from all over. Weird weather, prophets on ABC morning news. And several of our friends “just happen” to be within a hundred miles. No one got hurt – but the lightning show was spectacular.

Karen says the clothes are dry, we gotta hit the road.

One thought on “Soylent Tornadoes”